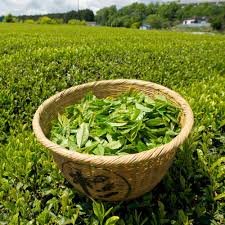 Members of the Church of Jesus Christ of Latter-day Saints (hereafter “Church”) are required to possess a temple recommend in order to be allowed into the church’s temples to participate in Mormonism’s most sacred rituals and ceremonies. The recommend is signed by two ecclesiastical leaders, and it certifies that the member is sufficiently righteous to enter Mormonism’s holiest place.  The temple recommends are obtained by members meeting with a local ecclesiastical leader.  In those interviews they’re asked questions to determine their religious beliefs, and degree of adherence to LDS commandments.  If found worthy, they must undergo a second interview with a leader possessing even higher authority, who then repeats the same questions asked in the first interview.  If they pass this interview, they receive the temple recommend, which is a little wallet-sized slip of paper bearing the person’s name, membership number, congregations to which he belongs, and the signatures of those who interviewed him. The possession or non-possession of this little piece of paper thus becomes the standard most commonly used by Mormons to determine each other’s level of religious devotion. Church leaders naturally aspire to have all members be “recommend holders.”
The ceremonies and rituals performed in the temple include marriages, which Mormons teach last throughout eternity if the couple lives righteously, but otherwise end at death; special blessings, or “endowments,” wherein individuals are promised exaltation and godhood if they stay faithful; and vicarious works for the dead.   These vicarious rituals, called “ordinances” in Mormon terminology, include baptisms, conferral of the gift of the Holy Ghost, washings and anointings, endowments, and marriages for persons who, for whatever reason, didn’t get the chance to participate in them during their mortal lives, but might accept Mormonism’s message in the hereafter.  The belief in the necessity and practice of these ordinances as a prerequisite of exaltation and godhood is fully explained in the essay Jesus’s Doctrine and Gospel versus Mormonism’s Teachings of Temple Priesthood Ordinances and Exaltation, elsewhere on this website.