In most of the articles on this website, I have stressed the point that The Church of Jesus-Christ of Latter-day Saints (hereafter “LDS,” “Church” or “LDS church”) teaches myriad ideas which run contrary to the unambiguous teachings of the Book of Mormon.  Most LDS church members are surprised and/or upset by this assertion and skeptical of its accuracy.  But to prove its truth, I urge readers to ask themselves if, during the April 2020 LDS general conference, they noticed any point in any talk where a scripture was quoted by a general authority which was at odds with the version of the same scripture in the Book of Mormon.  It absolutely did happen, as we shall see. END_OF_DOCUMENT_TOKEN_TO_BE_REPLACED 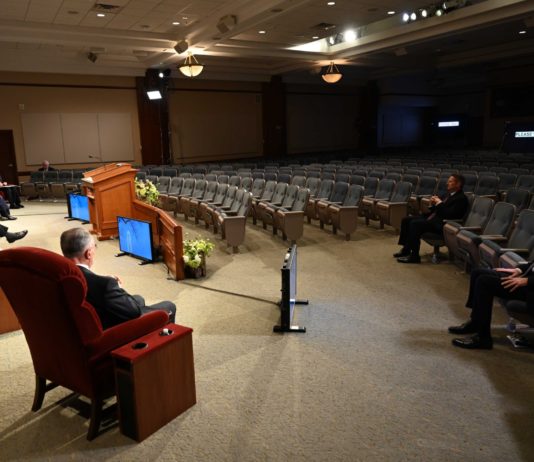 Introduction and a Word of Caution

I’ve written two previous essays on this website analyzing whether the First Vision account is authentic history, and whether the doctrinal pronouncements contained within it are from the Lord.  One of those addressed the historical evidence in depth, while the latter dealt solely with whether it’s doctrinally correct to assume the Lord appears to, and speaks face to face with, us Gentiles living in these latter days.  On both occasions when I announced the essays were being posted, I encouraged readers NOT to read them if they believed the Pearl of Great Price’s First Vision account was true and didn’t desire to read material that would threaten that belief.  I assumed then, and still assume now, that most readers of this website will be hostile to the assertions of those two essays, and this one.  Since I’ve previously delved deeply into the specifics of several of the First Vision’s major evidentiary issues, I won’t repeat that exercise in this shorter essay.  However, because I WILL be discussing herein the degree to which I think the Church is misrepresenting the facts of one of those issues, I once again urge readers to not proceed beyond the end of this paragraph if they fall into the category described above.  (I’ve provided the link to the previous essays in the next paragraph to prevent you from prematurely linking to them and later regretting it.)  I don’t judge you, hostile or not.  I was in that category myself until about 27 years ago, and my intentions were just as pure then as they were later when I affirmatively sought to expose myself to ideas and evidence I’d previously avoided.  If you believe the First Vision account taught by The Church of Jesus Christ of Latter-day Saints (hereineafter “the Church”) is true, you should read no further unless you’re willing to risk those beliefs being altered.