In recent essays on this website, I have discussed two critical Book of Mormon scriptures (2 Nephi 4 and Jacob 2 and 3).  The exegesis of those verses by the LDS Church (hereafter also referred to as “the Church”) has been woefully inadequate and misleading.  I’ve hypothesized that these two scriptures contain troubling messages which contradict current LDS teachings, thus motivating the Church to ignore, downplay, confuse or misrepresent their messages.  In this short essay, however, I will discuss a scriptural passage that’s not only extremely important to all students of the Bible and/or the Book of Mormon, but should be crowned the most overlooked scripture in the entire LDS canon.  It’s 3 Nephi 15:22-23 (when considered in connection with 3 Nephi 16:4).

Before proceeding any further, I encourage readers to read 3 Nephi 15:22-23 in context from the excerpt following this paragraph and ask themselves two questions:  First, do you remember ever in your lifetime hearing any lesson in Sunday School, Relief Society, Priesthood meeting, seminary, Institute or college religion classes, or any talk in general conference, stake conference or sacrament meeting which discussed these two verses? END_OF_DOCUMENT_TOKEN_TO_BE_REPLACED 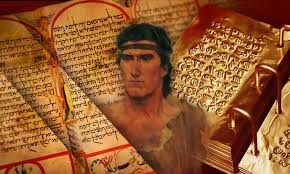 In Part 1, I argued that the specific messages of 2 Nephi 4 in the Book of Mormon go almost completely ignored in the writings and teachings of the Church of Jesus Christ of Latter-day Saints (hereafter, “the Church”).  This chapter, which is accurately called the psalm of Nephi, contains, among other things, Nephi’s lament over his repeated susceptibility to sin and temptation, and the depression and loss of self-esteem he suffers as a result.  The reader is surprised to read his words, since Nephi’s stature as a prophet of God is almost unparalleled in both the Bible and Book of Mormon.  And, no part of the Book of Mormon, outside of this chapter, informs the reader of any sinfulness on his part, much less the nature of such sinfulness.  Since this chapter is unique in all of scripture, and the messages in it are so crucial to our understanding of how major, persistent weaknesses and exceptional spirituality can co-exist in the greatest of individuals, one would think that its substance would be the focus of much discussion among the lay membership, church leaders and scholars of the LDS Church.  It should be one of the most famous passages of scripture, and by itself, should be the subject of lessons and talks.  Below, I’ll attempt to not only delve into the vital messages of this chapter that I feel have escaped public discussion, but also explain why I think the LDS Church purposely shies away from those messages.

END_OF_DOCUMENT_TOKEN_TO_BE_REPLACED

One of my daughters, who loves math and majored in statistics in college, recently challenged me to solve a math word problem to which she had already figured out the answer.  Since I generally enjoy word problems, and believed careful thinking on my part  would reveal the solution, I had no reason not to accept her challenge.  I also assumed that the problem was tricky and the answer counterintuitive, because otherwise my daughter would have no reason to use this problem to test me.  So, with what I thought was the appropriate amount of confidence and wariness, I said “Sure, lay it on me.”