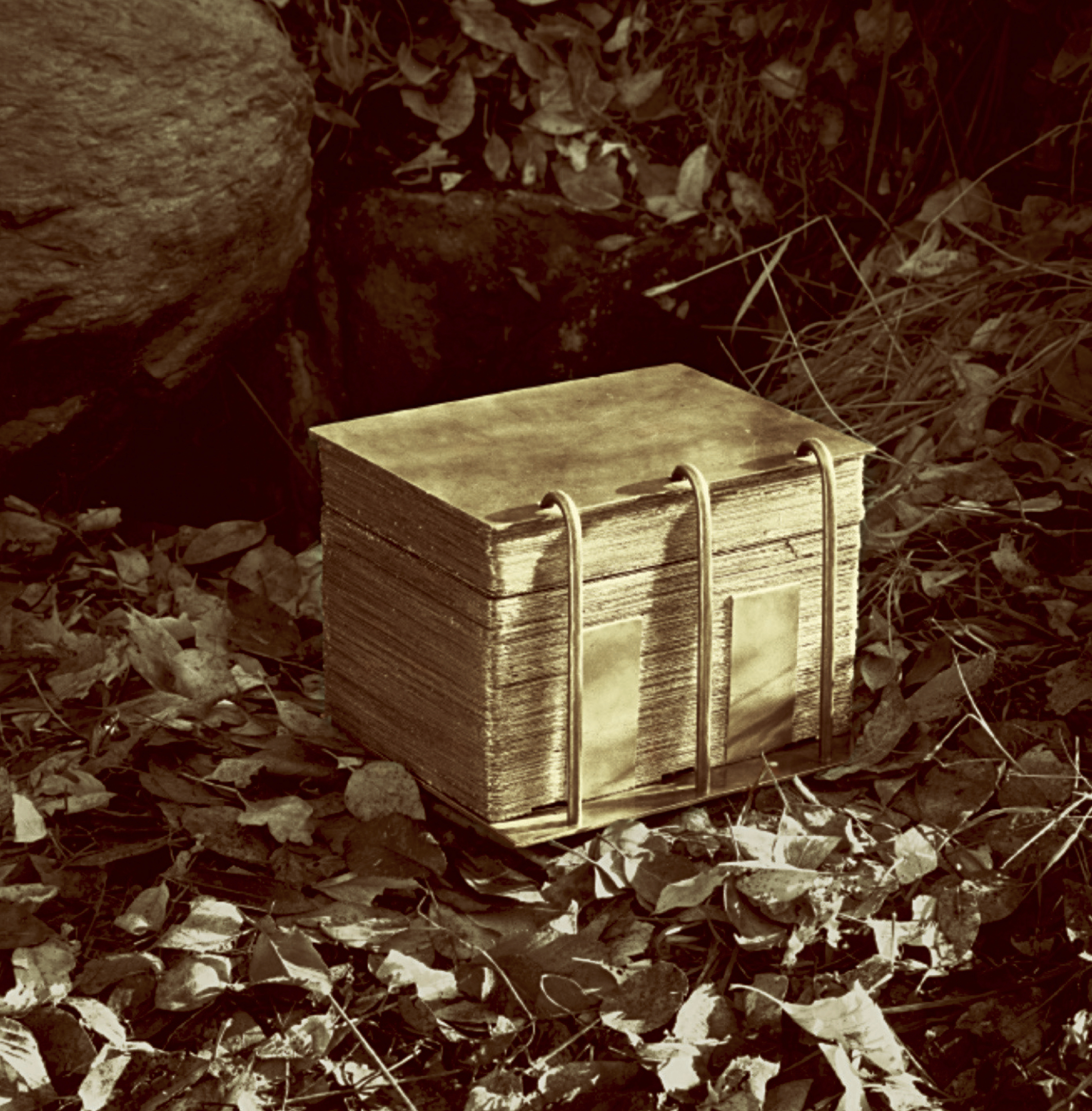 A puzzling feature of the description of the gold-colored metal plates, on which the Book of Mormon text was written, was the thickness of the sealed portion.  The unsealed plates could be turned like the pages of a book, but the sealed plates were bound together by some means (which was never actually described by witnesses) whereby  the individual leaves could not be separated from each other and read.  David Whitmer, one of the witnesses privileged to actually see the plates, estimated the sealed portion to constitute about one half of the total number of leaves, while Orson Pratt, who did not personally see the plates but wrote about what eyewitnesses had told him, estimated the sealed portion to be two thirds of the total.1  The overall thickness of the sealed and unsealed portions together was estimated as ranging from four (Martin Harris’ version) to six inches (Orson Pratt’s version).2  The unsealed portion produced what is now 531 pages of text in the Book of Mormon, so presumably, the sealed portion, if translated, would produce approximately that same amount or more.

This short essay suggests a possible explanation for why the sealed portion of the ancient plates was as thick as reported by witnesses, and what other texts might have been contained within that portion in addition to that which is already known.